Why is financial self-sufficiency such a big deal?

(and by the way, by ‘financial self-sufficiency’ I mean at least 6 figures a year, not scrimping and saving)..

Take the time to read the following…..

As employees we effectively ’sell’ our irreplaceable time – our ‘life hours’ to an employer.

In return they give us the lowest possible amount they can get away with.

This of course isn’t the employers fault – it’s ours, for not finding a different way to live.

If you’ve ever missed your child’s school sports day because you weren’t allowed time off work, or fancied a day in bed with your partner but had to drag yourself off to your 9-5 then try to remember the feeling you had when you put your job before your life.

Chances are it just felt ‘wrong’

Having a job isn’t your fault of course – we all need money to live (I’ll come back to that point later) but the ‘work ethic’ that most Western countries have hasn’t always been there.

In fact in my opinion it’s only about 600 years old, and came from the time of Calvinist-type religious teachings.

Put simply this is when some bright spark decided that laziness was somehow ’wrong’. And he decided it for all of us, not just himself. Kinda Bugs eh?

Now you might think – ‘well that’s right it IS wrong to be lazy’.

But think about this?

Where did the idea of a 37.5 hour work week actually come from? Why five days working and two off at the weekend?

Why not the other way around?

And what’s WRONG with spending an afternoon in a hammock on a sunny day sipping lemonade (or beer) and reading a good book?

In my mind, that’s EXACTLY how life should be lived. It doesn’t hurt anybody and it doesn’t half make you feel good!

Now on the other hand think about your job.

You have to arrive at a given time and for the last hour of the day you’re looking at your watch waiting for ‘home time’.

You have to book your holidays and vacations weeks in advance and if you get them in too late, you’re often told ‘NO’ you can’t have YOUR free time when you want it.

In short you have to OK your life with your employer.

In fact if you work in certain work environments, perhaps in a shop or a factory you often have to ASK to take a pee.

Not what I’d call YOUR life.

Which is why I said you sell your LIFE to your employer. You hand control over to him five days, perhaps six, out of seven.

If you think you have freedom then try going to work dressed in a ripped t-shirt and with bare feet.

Or even better phone your boss halfway through the morning and tell him you’ve decided (it’s YOUR life remember) to take the day off but you’ll probably be in tomorrow.

How quickly would you be in his office getting a roasting? Or worse?

And then there’s the issue of money.

Your boss decides how much you’re worth, not you, which is of course as little as he can get away with paying you.

And doesn’t it always seem as though that amount is JUST enough to keep the wolves from the door but never enough to save the amount you’d need to take a year off to travel toPeru?

Maybe, but what would happen if half the population worked for six months then took the next six months off with the money they’d saved?

Do you think your boss would lose much sleep if he had to ‘let you go’ (makes it sound as if you have a choice in the matter)?

Nope – he’d let you go without a second thought if keeping you on meant he had to keep the same car for two years instead of just one.

Doesn’t it seem like it leaves YOU with just enough time to do the washing, clean the house, pay the bills, do the shopping and maybe grab some Chinese food with your family?

Then it’s back to work.

If I were a conspiracy theorist I might argue that working so many hours in a week keeps us broke and too busy to think about alternatives.

Do you know what happens when you quit your job?

Sure the money stops coming in, but that’s the ONLY downside, and it’s not too hard to generate an income that greatly outweighs your old wage packet (sign up for my mailing list on the right and I’ll show you how, for FREE)

No – OTHER things start to happen too.

With time on your hands your creativity starts to blossom.

You find that you can sit and THINK for the first time..probably since you were a teenager.

And ideas come into your head – creative ideas, BUSINESS ideas, and gues what?

They won’t go away. The only thing that gets rid of them is another job!

Sure this doesn’t happen immediately or if you lose your job or are made redundant, because all your time is spent worrying about where you NEXT pay packet is coming from.

But imagine if you could generate an income, online while you still had your 9-5.

You would feel empowered. You wouldn’t be terrified of getting the sack, and ultimately you could give up working for an employer forever.

All you need to do is to think about what you want from life (and I don’t mean money – that’s not a goal) and then start making plans to go and get it.

Most people fixate on making money rather than the lifestyle they want.

I work the other way round.

I realised long ago that I wanted time with my family, to live somewhere nice and to be able to do what I want…sailing, planting potatoes, taking long holidays and watching my kids grow up.

I work three days a week – tops., from my home office.

Once I learned how to keep my ideal lifstyle – my HIPPY lifestyle – in the front of my mind, my six figure income soon arrived.

It’s about using the internet to make your living. It’s about developing a genuine, helpful business FAST.

And the six figure income?

Well it might seem like a lot if you’re in a job at the moment, but it’s not.

It’s an average income if you’re an internet marketer, as I am.

It’s just that your wages that are kept artificially low.

Why don’t you grab a FREE copy of my ‘Affordable Mentoring Newsletter’ and see if making money online floats your boat?

No strings. You can get a copy by CLICKING HERE

Welcome to the most exciting journey of your life….

Discover Seven Tips To Starting Your
Own Cleaning Business And Have
300 Clients Paying For
Your Services! 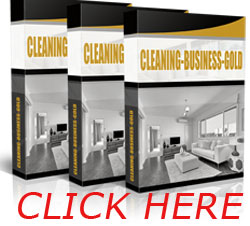